Not far enough on the naughty step?

Along with Ben Reeve Lewis, who as a former Tenancy Relations Officer really knows, we have long had a bee in our various bonnets about fines for illegal eviction levied by the Magistrates Court on prosecutions brought by local authorities.

And so to Sead Alimajstorovic, of East Holme, Bordesley Green, Birmingham. Mr Alimajstorovic was the landlord of a mother and her 11 year old son. He decided he wanted the property back, but sadly, could not be bothered with serving notices, bringing proceedings and such. Instead, he threatened to change the locks.

The mother went to Birmingham Council for help. Birmingham’s TROs duly warned Mr Alimajstorovic not to carry out his threat, and advised him on proper process.

Nothing daunted, Mr Alimajstorovic and another man changed the locks to the house. The mother regained access with a locksmith (perfectly lawfully). Mr A, outraged at such presumption, had the replacement locks drilled out. The mother, understandably scared, left the property to stay with a friend.

On 2 July 2014, the mother met Mr A at a police station, on the understanding that she was to be given keys to the property. She was instead handed a written note saying she could not move back into the house and that her belongings were in the garden and shed.

Birmingham brought a prosecution. Good for them.

Mr Alimajstorovic pleaded guilty to a charge that between 27 February 2014 and 3 July 2014 he unlawfully deprived or attempted to unlawfully deprive the residential occupier of 10 Hill Croft Road of her occupation of the premises – Section 1(2) of the Protection from Eviction Act 1977.

£1000 for a flagrant illegal eviction, following a warning by the council TROs?

The limit on a fine in the Magistrates Court used to be £5,000, and is now technically unlimited, although the fines will be made taking into account the landlord’s means, though rarely with much investigation of this. But for a supposedly deterrent penalty for a criminal offence, £1,000 is a pointless fine, one which is only a bit higher than the recently hiked court fees for a legitimate possession claim. 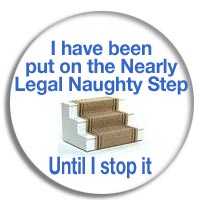 Ben Reeve Lewis highlights worse examples, including fines of £100 or so, but the principle stands. The Magistrates Courts should be levying fines serious enough to make the bad landlords reconsider illegal evictions, not merely treat them as a potential business expense.

Mind you, some (now former) magistrates have a very close understanding of illegal eviction. Like this one. And this one.

As for Mr Sead Alimajstorovic, let us hope that a civil claim by the tenant follows the conviction. That, at least, might hurt the wallet. In the meantime, he is on the naughty step.

Posted in: Assured Shorthold tenancy | Housing law - All | Unlawful eviction and harassment
Giles Peaker is a solicitor and partner in the Housing and Public Law team at Anthony Gold Solicitors in South London. You can find him on Linkedin and on Twitter. Known as NL round these parts.
← Disrepair miscellany: Good, bad and ugly. Bedroom farce →