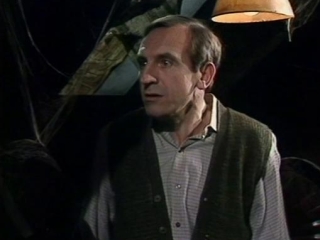 This was Islington’s appeal of a first instance decision awarding the tenants damages for breach of repairing obligations.

The property was a maisonette on the basement and ground floors of a converted Victorian house. Soon after the start of the tenancy, the tenants complained of rising damp, which went unremedied for, it appears, many years. Works in 2009 had not prevented the problem.  At first instance trial, the Judge held for the tenants, finding a defective damp proof course caused the rising damp and that there was a breach of s.11 repairing obligations.

(1) the judge had been wrong to rely on two 2004 surveyors’ reports included in the trial bundle;
(2) there was not sufficient evidence to support the judge’s finding that there had been a defective damp-proof course;
(3) the claim had been insufficiently pleaded;
(4) the judge had wrongly changed the date in his draft judgment from which damages were to run.

On the various procedural points:

On the Particulars, pleadings were not an end in themselves and it had been plain to Islington what the case was it had to meet. Any doubt could have been addressed by Part 18 request.

On the change of date for the start of damages in the draft judgment, the Judge had received further submissions on that date in response to the draft, and could vary the judgment before it was handed down. Circumstances for this to happen did not have to be exceptional.

So, to the main issue.

The Lawtel note gives no detail of Islington’s argument, but my guess would be reliance on a line of cases such as Pembery v Lamdin [1940] 2 All ER 434, Post Office v Aquarius Properties Ltd [1987] 1 All ER 1055, and Janet Reger International v Tiree [2006] EWHC 1743 (Ch), where an absence of deterioration (where there were absent or even defectively installed DPCs) meant a lack of liability for works to rectify damp penetration. As per Pembery, works would involve giving the tenant a different thing from that which was demised. It would be an improvement.

The Court of Appeal disagreed. If there was no DPC, resulting in rising damp, the first question was whether it had resulted in disrepair. The mere existence of damp was not disrepair. If there was damage or deterioration, such as defective plaster, the repairing obligation would be engaged and might extend to installing a DPC to prevent further damage (as per Elmcroft Developments Ltd v Tankersley-Sawyer (1984) 15 HLR 63). While Elmcroft concerned an ineffective DPC, the same principle applied where there was no DPC.

In the present case, there was some evidence of a post-Victorian DPC, which was clearly ineffective or had become so, but in any event, the Judge’s decision was that, whether or not there was a DPC, there was a duty to repair and the existence of the rising damp and the damage it had caused indicated a failure to repair by Islington.

If anyone has a copy of the actual Court of Appeal Judgment, I would be very keen to see it.

It is perhaps worth pointing out that in Janet Reger International, there was substantial damage caused by the water penetration, but only to parts covered by the tenant’s repairing obligation, not the landlord’s. There was no deterioration to the structure, or to the ineffective DPC. So, the damp caused by an absent DPC must cause damage which would itself fall under the landlord’s repairing obligation in order to give rise to liability for the inherent defect. This may be less straightforward to establish in leasehold cases than in tenant cases.

Nonetheless, this is welcome clarity from the Court of Appeal on the issue of absent DPCs. Certainly the inherent defect/improvement line has been argued by plenty of landlords to deny liability. It is now much more clearly a question of fact and degree as to whether installing a DPC is a reasonable or necessary step to remedy the disrepair. In principle, there certainly can be liability.

On the issue of whether damp in itself is disrepair, it is worth recalling this County Court case on saturated plaster as disrepair, which I understand was appealed and the appeal judgment due shortly.

Posted in: Disrepair | Housing law - All
Giles Peaker is a solicitor and partner in the Housing and Public Law team at Anthony Gold Solicitors in South London. You can find him on Linkedin and on Twitter. Known as NL round these parts.
← Selective Licensing Reforms Relief from sanctions for not turning up? →