[Caution – the following story comes from the Daily Mail. It should be read with this source in mind and the inevitable provisio that this site makes no assertions as to the accuracy, truthfulness or reliability of the story, because the Daily Mail cannot be considered to be a remotely reliable source of ‘news’]

Colchester, as its tourist board website proudly proclaims, is “much more than Britain’s oldest recorded town”. I have no doubt that this is true, but it appears that the habit of recording Colchester has been hard to give up, no matter how old it may be. It has been particularly enduring in the person of Mrs Pauline Palmer, as her neighbour, Mr Brian Collins, found out at some expense.

Mr Collins moved into the terraced house next door to Mrs Palmer in December 2006, little knowing that this innocent decision would lead to the world becoming aware of his three in a hot tub steamy sessions (sorry), or his over-enthusiastic response to the sound of pan-pipes (“oh yes, oh yes”).

Mrs Palmer, “Essex Neighbourhood Watch Co-ordinator of the year 2009”, appears to have taken an enthusiastically literal view of ‘neighbourhood watch’. From the date Mr Collins moved in, she kept what were described in the Magistrates Court as ‘extraordinarily detailed diaries’ on his activities. She even admitted putting her ear to the wall, presumably to make sure her diaries were accurate in every detail. 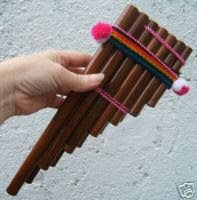 And in September 2009, came the coup de grace. Mrs Palmer asked an Environmental Control Officer to attend, while Mr Collins was in his hot tub. The Officer, Mr Milham reported that “‘I could hear Mr Collins in his hot tub,’ he said. ‘The music changed to panpipes to which Mr Collins was occasionally shouting “Oh yes, oh yes”.” Mr Milham decided that this was statutory nuisance and Mr Collins faced a prosecution for breaching the noise abatement order.

Despite evidence from his neighbour on the other side that she had never heard loud music or been disturbed by any noise, Mr Collins was fined £100. He appealed, lost and had to pay a further £365 costs.

I could not but feel Mr Collins was a bit hard done by, not least because I can now only imagine him – no doubt entirely unfairly – as Peter Stringfellow in an Essex terrace, surrounded by the Andean buskers. It appears that I was not alone. The Daily Mail online comments section is normally a festering pit of ex-pats pronouncing that the Human Rights Act has been the ruination of a country they haven’t lived in since the early ’80s. But remarkably, the same crew responded to this story by insisting that Mr Collins had had his human rights breached by Mrs Palmer. Granted, they couldn’t get the right right, presumably through lack of familiarity:

And then, even the despised ‘human rights lawyers’ are welcomed

Mr Collins should be looking for a lawyer to protect his human rights against this woman.

So there we are. What does it take for Daily Mail readers to warm to Human Rights? Not torture, not rights for prisoners, not domestic violence, not people losing their only homes. But interfere with a 51 year old man’s right to some pan-pipe accompanied, hot tub lovin’ and the Mail’s constituency rises up as one to demand that his Article 8 rights (or Article 18, you know, whatever) are upheld. No doubt on legal aid, by the way the commenters were going on.

Still, some Mail style monomania can stretch to an angle on any story whatsoever. A prize, or possibly medication, is surely to be awarded to this commenter for managing to blame the whole thing on Europe:

This is the kind of snooping on yout neighbour you would expect in Germany ! Seems like the EU’s 4th Reich is getting here faster than expected!

It may, therefore, still be a little while before we can expect Mail readers demanding that their paper actually reports human rights cases accurately. But thanks to Mr Collins and his baseball cap wearing visitors, it’s a start!

Posted in: Various (non-housing)
Giles Peaker is a solicitor and partner in the Housing and Public Law team at Anthony Gold Solicitors in South London. You can find him on Linkedin and on Twitter. Known as NL round these parts.
← Safe European Home* Bailii needs your cash, regularly →